assembling everything to capture my feelings and sentiments while telling a story. 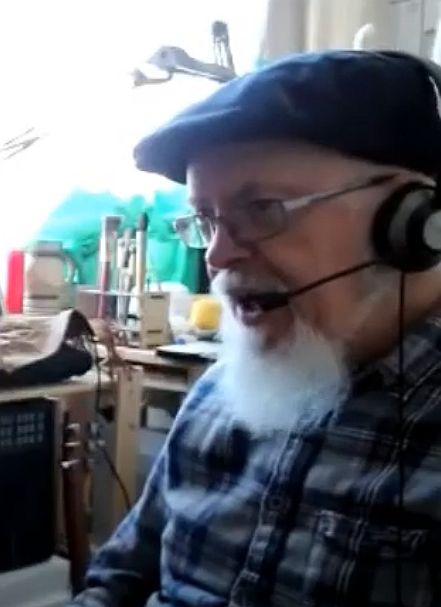 As a young Secondary School lad, the only subject I got a grade one in was art. During those day's you had an interview with the "careers"officer" who sent you off for a job interview. Anyhow I ended up as an apprentice printer, Arty I suppose..! 7 years later I went off to Watford College, the plan was to come back better qualified than the people I currently worked with. But the narrow road back to arty stuff didn't materialise till the year 2000 ish. Melanie (my beautiful wife) became disabled, so the post graduate Hons. Degree as a mature student in Business Information Technology went by the wayside.
Not being the type of person to sit around and wait/do nothing I went off and started to do an MSc in Software Engineering, but after 6 months or so, contracted pneumonia.. months of recuperation led me to try to draw/paint again... the dice was cast.. and .. well what you see is the result.
I work primarily in Watercolour but not adverse to adding a touch of Acrylic or Gouache if needed to feel satsified the work is complete. My sketchbook these day's is usually a digital one, then comes the complicated composition part assembling everything to capture my feelings and sentiments while telling a story.

A Somerset lad, but most of my life in Christchurch, Dorset. always had a passion for painting and drawing although no formal training, trained as a printer as his career when leaving school - as such went to severel art colleges for City and Guilds training so always in contact with Arty stuff. My artistic interest continued during the years as a printer and later retrained with a BSc (Hons) in Computing.
Originally inspired and encoraged by local artists Alan & John Hayden, Derek Herdson and Christopher Hollick my work reflects this, containing many paintings of Mudeford Quay, Christchurch Harbour and the surrounding landscape. Although the subject matter did and still does overlap the execution is totally different.
I like to say traditional paintings with a contemporaty twist.
During the summer months I'm sometimes at the Open Air, 'Pinewalk' exhibition held in Bournemouth Lower Pleasure Gardens during the whole of May - September.